Edward L Rose Conservancy supports the enhancement and preservation of natural habitat. Two floating platforms were constructed with an initial intent of providing safe nesting habitat for water fowl. In the Fall of 2014, piles of fresh water mussel shells were observed on one platform and it was not evident what animal was using the platform for a mussel feast. In the Spring of 2015, motion activated cameras were mounted on the floating platforms as part of a project to learn more about the local wildlife.

The resulting set of thousands of pictures  and videos have yielded an interesting view into behaviors of many different local animals that are using the platforms.
This page will be used to post and share some of those pictures with the conservancy membership and the local community. 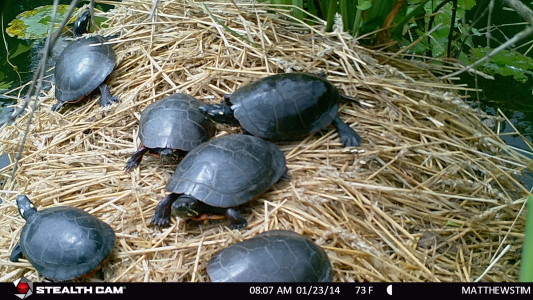 Eastern Painted Turtles enjoy the protective easy to access platform and sun themselves often, individually or in groups.

September 10, 2015: Images of first time seen visitor to one of the platforms were captured by the motion activated camera. The muskrat (Ondatra zibethicus), the only species in genus Ondatra and tribe Ondatrini, is a medium-sized semiaquatic rodent native to North America, and is an introduced species in parts of Europe, Asia, and South America. The muskrat is found in wetlands over a wide range of climates and habitats. It has important effects on the ecology of wetlands. There are still new mussel shells being left on the floating platform, and the muskrat may be involved. Plant materials make up about 95% of their diets, plants commonly eaten include cattail and yellow water lily, but they also eat small animals, such as freshwater mussels, frogs, crayfish, fish, and small turtles.[ 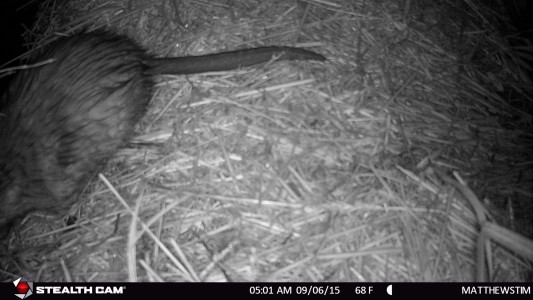 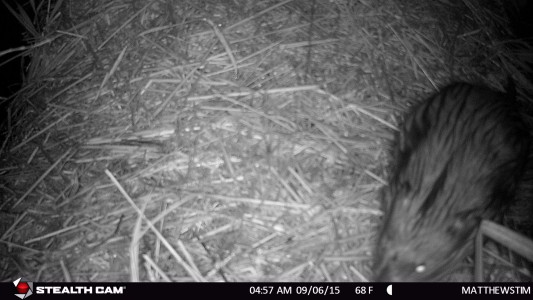 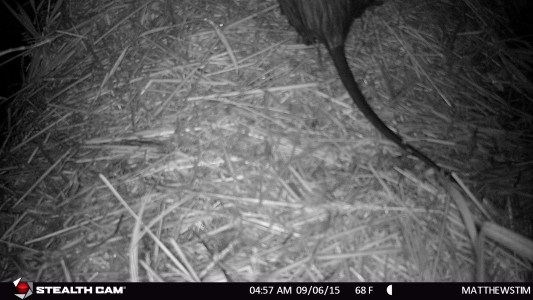 First picture we captured of a muskrat eating on one of the platforms. From the picture the item being held by the muskrat is hard to clearly identify. The same day as this picture, there were some newly opened mussel shells. 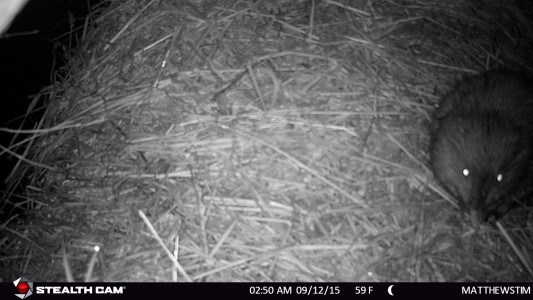 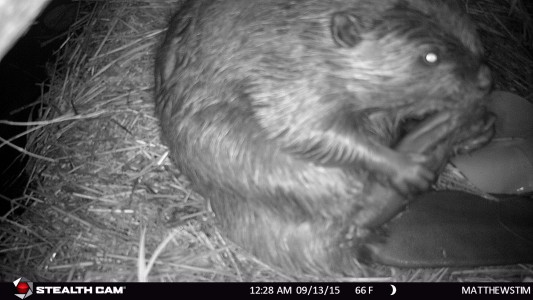 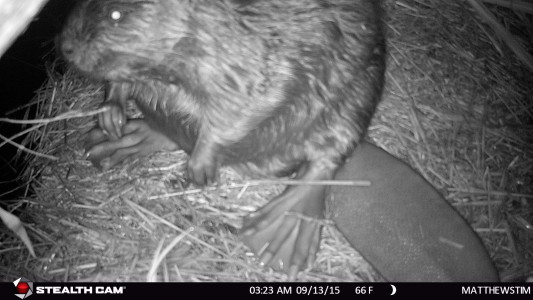 September 27, 2015 Fresh water mussels are found in many local lakes and ponds. Muskrats and other animals such as mink are known to open mussel shells and eat the body of the mussel. Much of the mussel eating activity occurs nocturnally and is not often witnessed by human observers. Recent images from the floating platform monitored by the Edward L Rose Conservancy lends evidence to the mussel being part of the diet of the muskrat. 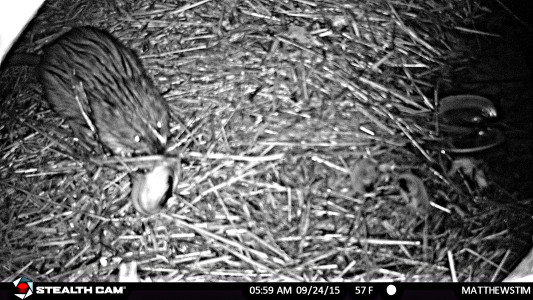 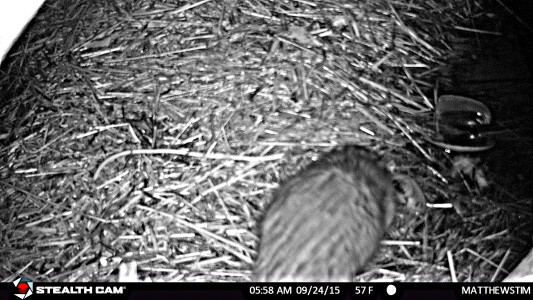 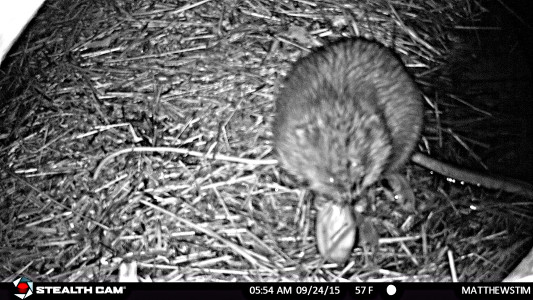 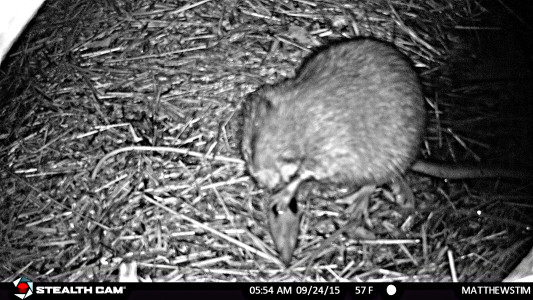 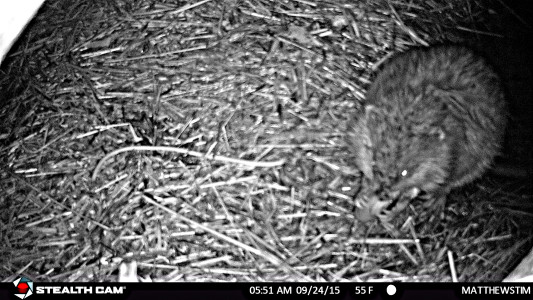 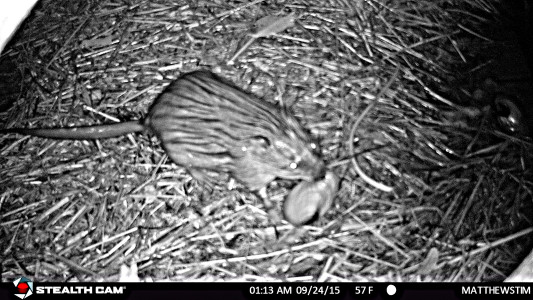 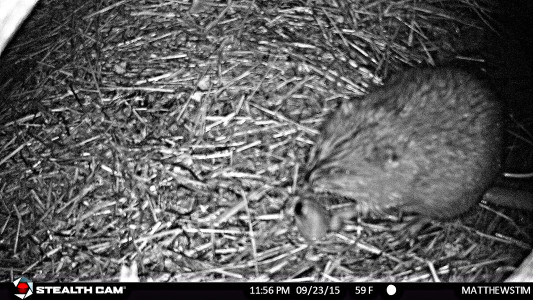 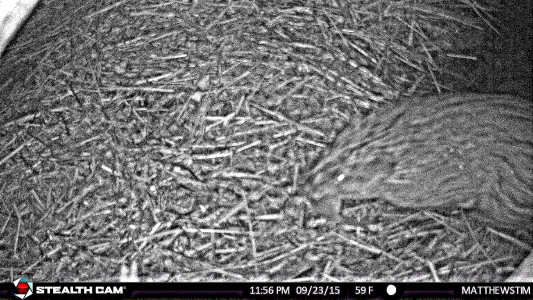