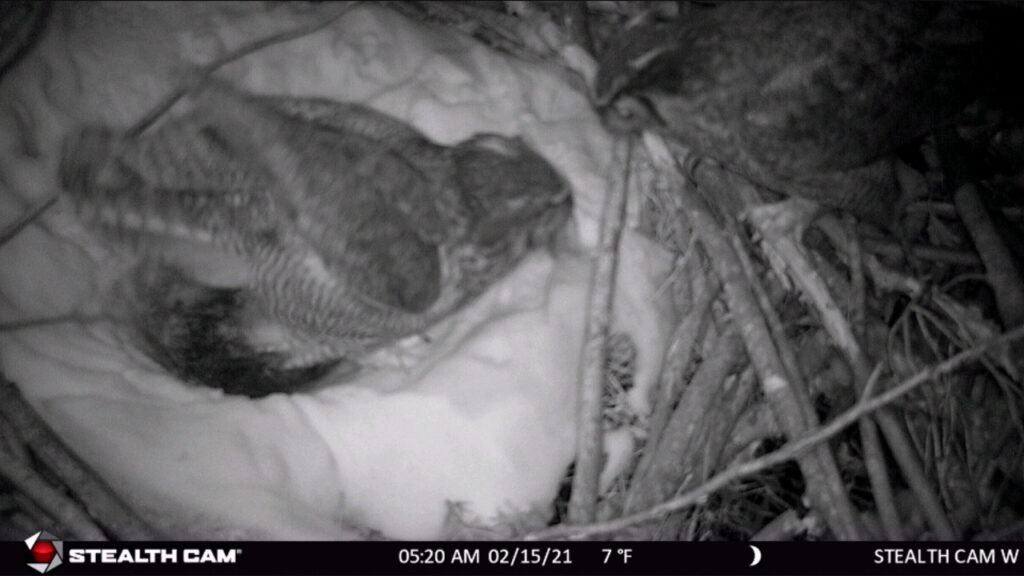 The pair of Great Horned Owls look committed to the nesting adventure on the raptor nest built for the local Raptor Habitat project.

The first egg was laid on Feb 5, followed by a second egg 5 days later.

The motion activated cameras have captured images of the male owl communicating and bringing food to the female.

In addition to the hooting, other vocalizations (chirps and tweets) between the male and female owls can be heard.

The owls don’t seem very motivated to do any nest improvements, beyond scooping out the snow nest around the eggs. There is a thin branch across the nest that was brought by a bald eagle in the Fall.

The female owl shows a little interest in moving the stick but most of the time just maneuvers under it to get to sit on the eggs. Some humor inserted which may prompt wondering if there is a Trinidad limbo heritage to account for the owl behavior.

The female has been leaving the nest before dawn each day, leaving the eggs uncovered for up to 12 minutes in very cold temperatures.

For most of the daylight hours, the female owl is incubating the eggs and sits very still. We will continue to monitor the nesting activity and send out updates.