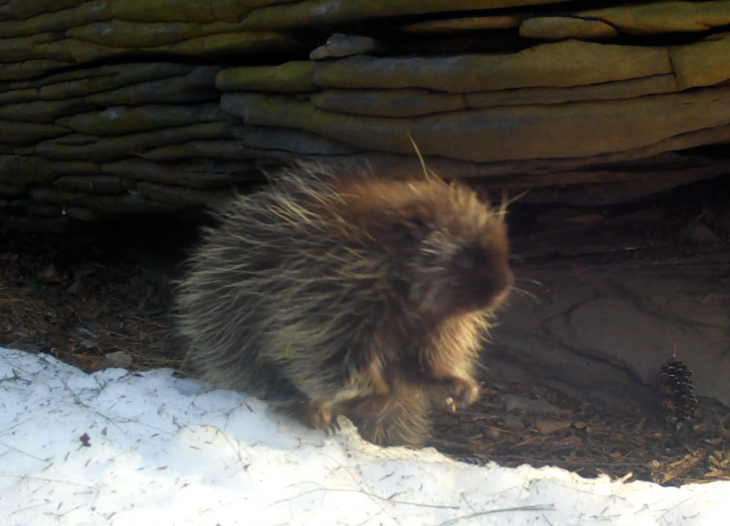 The High Point Preserve is named for being the highest point in Silver Lake township, and is under the Stewardship of the Edward L Rose Land Conservancy.

The winter of 2021 has been difficult in NEPA for people as well as for the wildlife in our forests. This video shows a glimpse into the winter lives of fishers, porcupines, foxes, squirrels and other creatures that call the High Point Preserve their home.
There are at least three (3) fishers in the video, including a one-eyed fisher, searching for food under the snow. The fishers and fox prey upon the squirrels and porcupine, and they frequent the same areas in the rock outcrops of the High Point Preserve.
The IR light on the camera is invisible, but the foxes, with acute hearing, are wary of the slight sounds coming from the activation of the camera.
At one point, a porcupine, likely a budding video director, repositions the trail camera and luckily points it directly toward a nearby porcupine den, sheltered under the overhanging rocks, where a young porcupine paces, looking hindered by the deep snow.
Share with your family and friends.
Youtube Video:
https://youtu.be/t_WSvts40l4