There were egg shells observed on the nesting platform. The mother goose and the goslings were not seen when they left the nest. 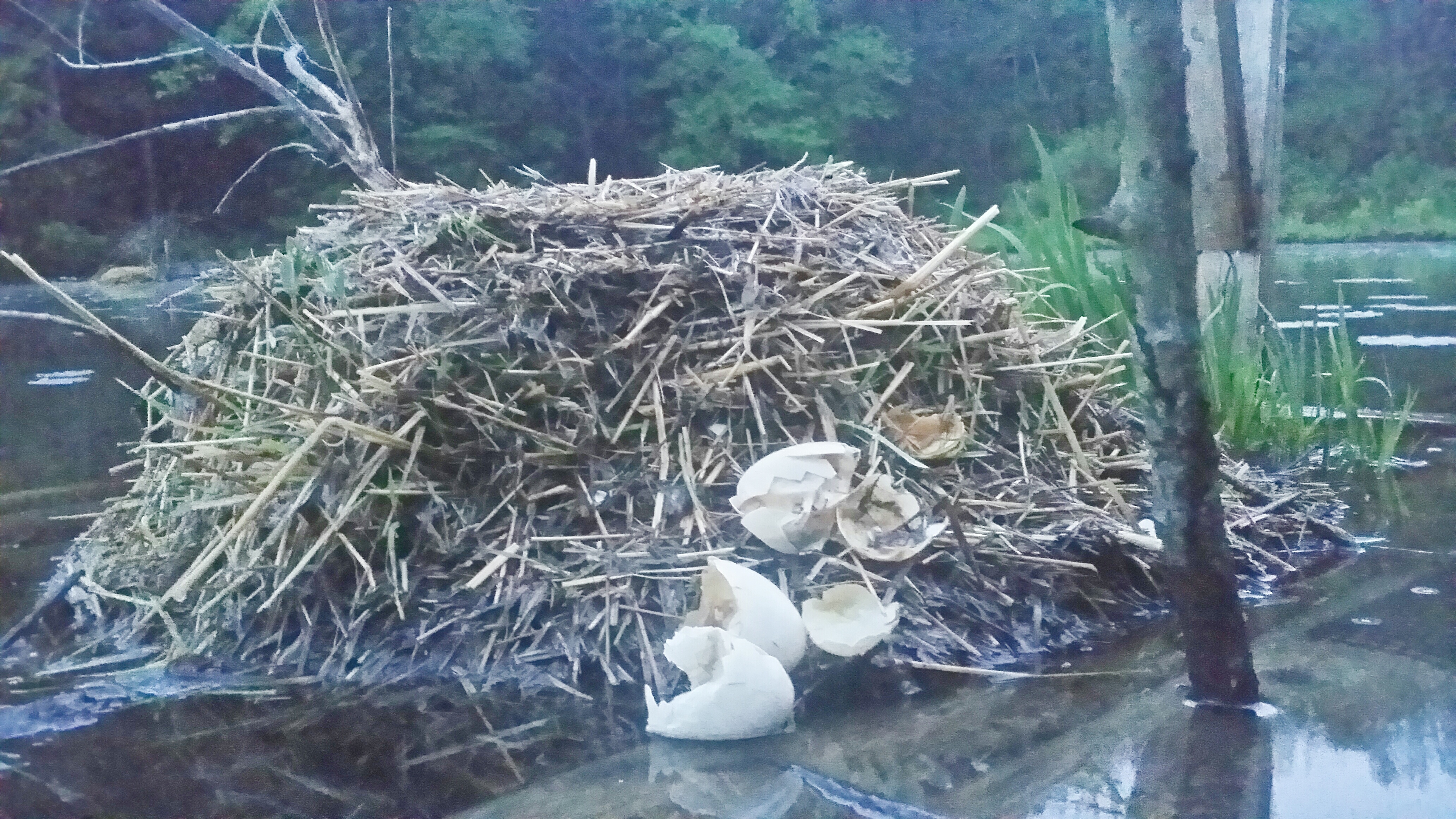 The goose family was observed on Saturday May 28, swimming along the lake shore and across the open water of Silver Lake. 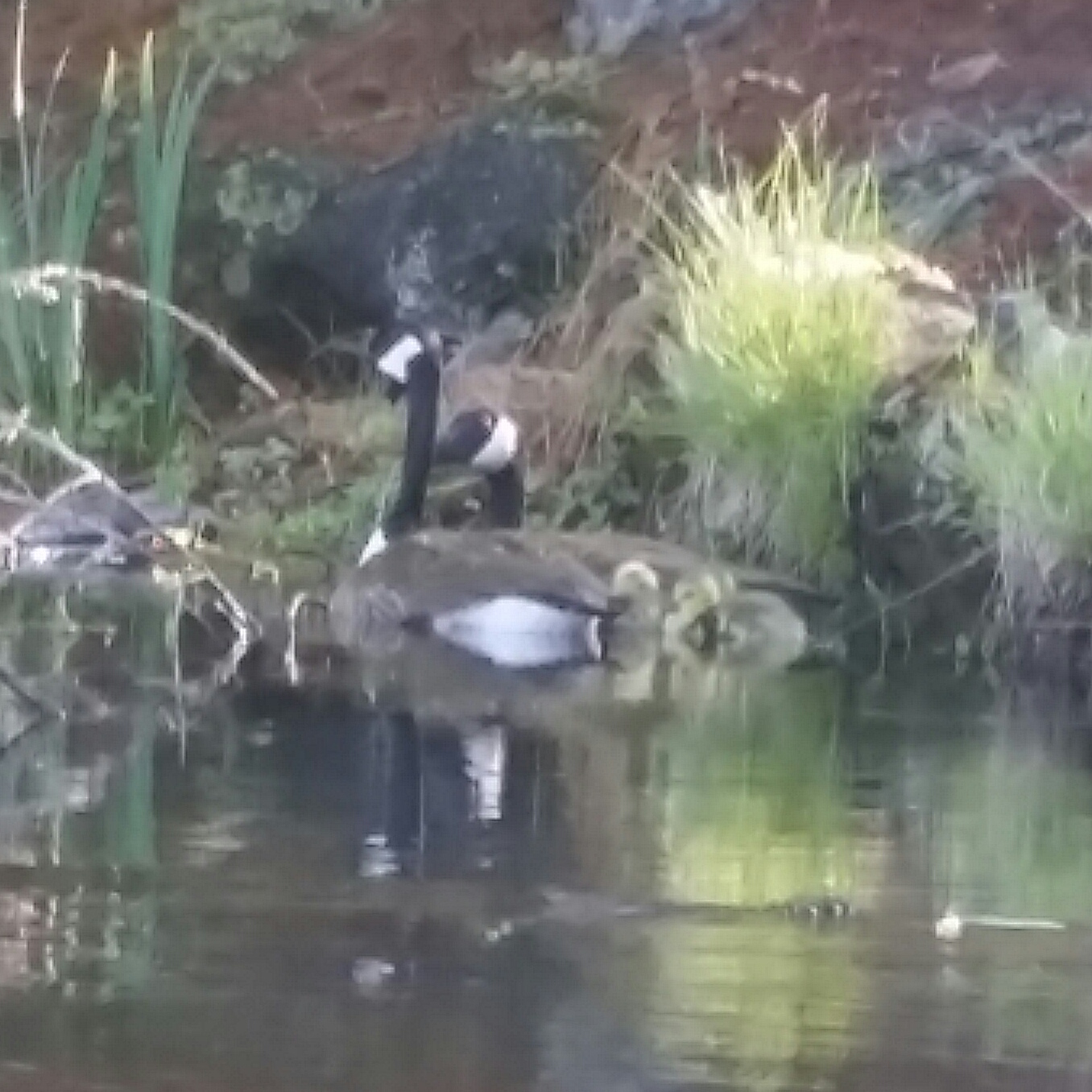 After the geese had left the nest, we retrieved the SD memory card from the motion activated camera, which had been active for more than a month, since April 17, 2016. We had not wanted to disturb the nesting goose, so we waited until May 21 to get the memory card and see what pictures had been taken. We were hoping for some evidence to indicate why the mallard duck had vacated the nest.

The motion activated camera, between April 17 and May 15 ( when its batteries ran out), captured 8539 images, showing a variety of activities on or near the floating platform. The sequence of activities captured included:
1. The female Mallard duck on the nest ( April 17) 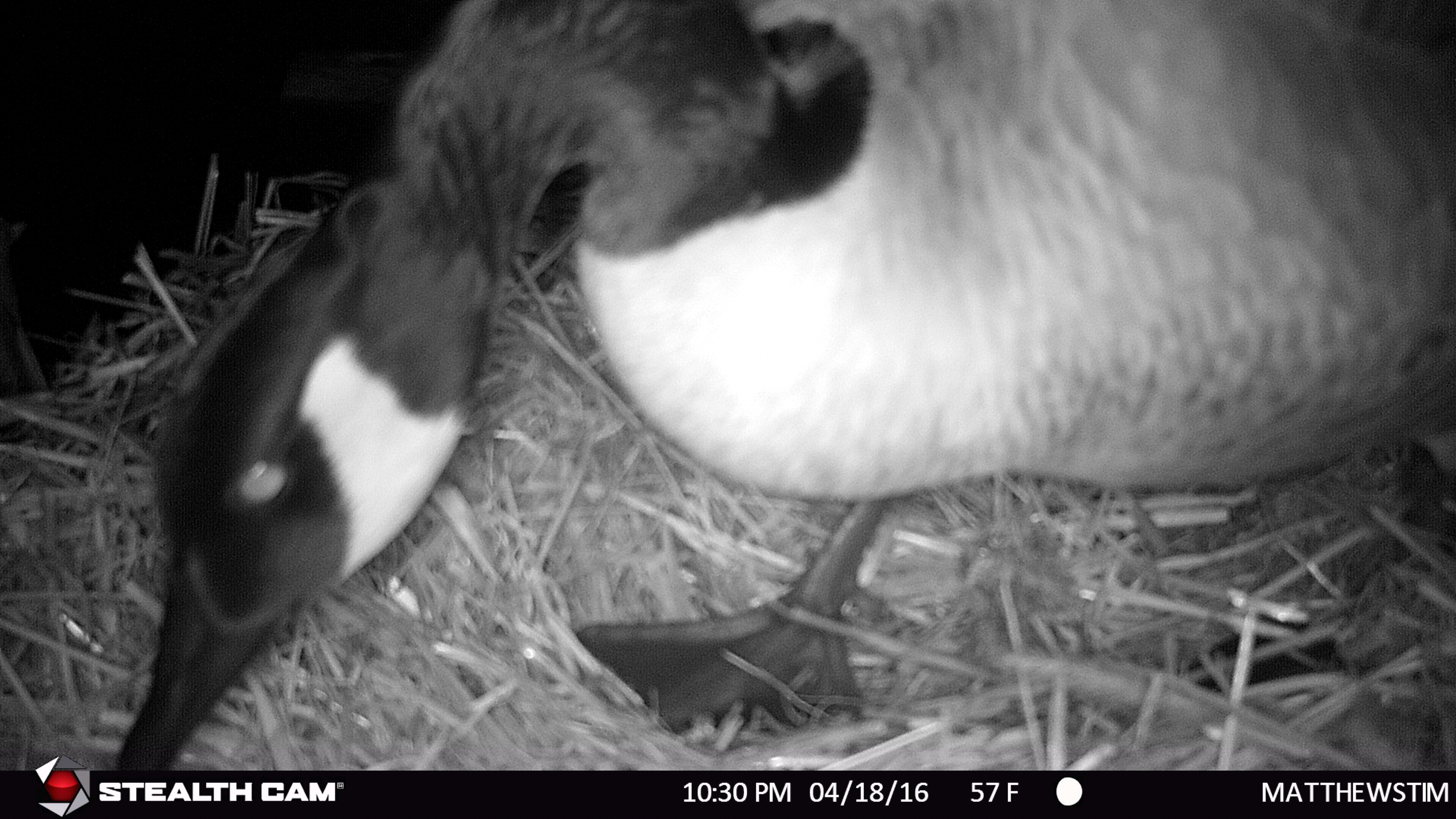 6. A goose with a still wet first egg.

The last picture taken be the motion activated camera showed the goose still on the nest. Evidently the batteries then ran out. So we did not get any pictures of the actual goose egg hatching.
It is not clear whether the goose and/or the beaver was responsible for the eviction of the mallard duck and ejecting some of the duck eggs out of the nest. The mallard eggs found in the lake did not show any visible embryo development. We estimate that the mallard duck, which built the original nest on the floating platform, had only about a week sitting on the nest.